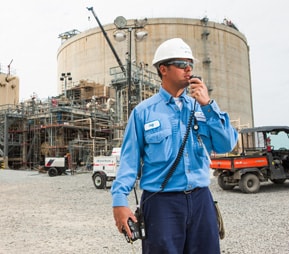 The Liquefaction Project (Trains 1-3) and the proposed Expansion Project represent a significant investment in U.S. energy infrastructure that has created jobs and bolstered the economy. Some of the benefits already realized have included:

LNG Export for A Cleaner World:

Over the course of the 5-year construction phase of Trains 1-3, some of our most notable statistics include: